re:work or IGK Work and Human Life Cycle in Global History belongs to the Käte Hamburger Collegia for research in the social sciences and is therefore part of the ‘Freedom for Research in the Humanities’ funding initiative run by the German Ministry of Education and Research (BMBF).
Research and discussion at re:work focus on developing a typology, defining the most important trends and understanding the historic fundaments of current society. Comparisons and tracing historical interdependencies are the fundamental methodologies used to analyse the interdependent relationship between work and life course, the imaginaries surrounding work and life course as well as the order of work and life course.

Each year re:work invites 10—15 researchers from different academic disciplines and nationalities and offers them a forum for the discussion of central questions and thereby promotes exchange between established and young academics. re:work organises workshops, international conferences and summer schools and fellows are given the opportunity to discuss their research with various institutions in Berlin.

After twelve years and 149 incredibly great people that we could welcome as our fellows, re:work's fellowship program has ended in July 2021. The work continues but the framework is new.

If you are looking for a home for your academic work (for instance within the scope of a scholarship) though, please contact us.

From now on we are not able to accept applications for a fellowship anymore.

In the future, the re:work website will provide information about publications and activities of the former fellows, and researchers associated with the centre.

Nelson Mandela has not only been the icon of his country South Africa, but for many people the embodiment of the struggle against racism and colonialism worldwide. He was not that from the beginning. He only became that during his 27 years in prison on Robben Island. But what would have happened if Nelson Mandela had died in prison? Would he have been long forgotten today or rather become a national martyr? With what consequences for the recent history of South Africa? These and similar questions are explored in the podcast of L.I.S.A., the science portal of the Gerda Henkel Foundation with Andreas Eckert.

You can listen to it here.

Football and Labour history in Brazil: The local and the global.

Recently, the book "Remembering African Labor Migration to the Second World: Socialist Mobilities between Angola, Mozambique, and East Germany" by Marcia C. Schenck was published in the Palgrave Macmillan Transnational History Series (PMSTH). The book is based on testemonies of former Angolan and Mozambican labor migrants in East Germany and examines the impact of state-sponsored migration. It traces transnational labor migration patterns from the migrants' perspectives.

Marcia C. Schenck was Guest of the Director in 2017/18.
The book is available for free download.

Our former Fellow Caroline Rothauge is this year's recipient of the Eichstätter Universitätsgesellschaft's prize for the best habilitation. In her habilitation thesis, she conducted a source-centered investigation of "Zeiten in Deutschland 1879 - 1919. Konzepte, Kodizes, Konflikte" (title). In doing so, she contributes to the so-called temporal turn, as she understands 'time' as a symbolic product of negotiation processes that change according to the respective current context and can thus be historicized.

A short statement by Caroline Rothauge about her research can be viewed here (German).

by Peter A. Mark

The latest publication by our former Fellow Peter A. Mark is a collection of some 40 essays covering a wide range of topics, from philosophical and religious reflections to grappling with the realities of aging, to the current pandemic and the accelerating effects of global warming on the mountains. The essays are accompanied by the poetry of contemporary poet Marvin Hightower.

The book is available for free as a PDF.

Our heartfelt congratulations to our former Fellow Daniel Eisenberg.

His film presents three places: 1. A workshop in Germany where we follow the making of a prosthetic hand. 2. a traditional glove-making workshop in Millau, southern France. 3. a jeans factory in Istanbul, illustrating large-scale industrial production. A sequence of three workplaces, but with a common point of view and a common theme: the relationship between the hand and the machine, the work and the material, all patiently and closely observed.
Daniel Eisenberg meticulously scrutinizes these interactions and gestures, paying close attention to the individual actions and the time taken for each operation, from the starting point to the finished forms. 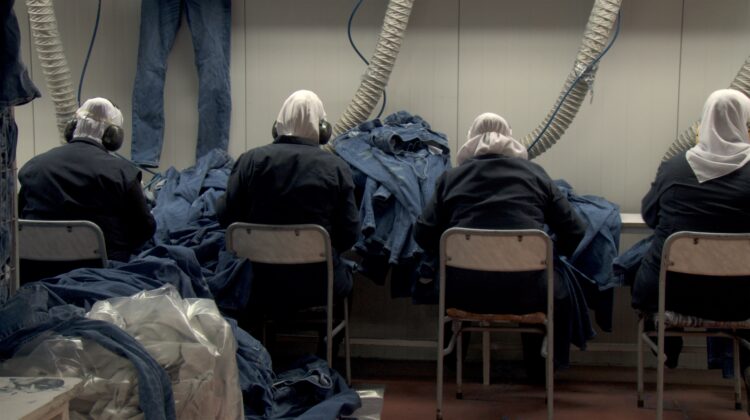 Daniel Eisenberg was Guest of the Director in 2016/17 and re:visiting fellow at the centre.

Recently, "Kampf um die Moderne. The Long 19th Century in Germany" Jürgen Kocka's new book, was published by Klett-Cotta-Verlag. It is dedicated to the "birth of classical modernity" in the long 19th century between industrialization, capitalism, nationalism, class conflicts and deep gender inequality.

The daily newspaper Die Welt has now ranked the book number 1 among the most important non-fiction books in February.

The "long 19th century" lasted from the late 18th century, that is, from the French Revolution and the age of Goethe, to World War I in 1917. The 19th century, whose glories and shadows extend into the 21st century, ended abruptly, but its image is undergoing a fundamental transformation, as the brilliant historical essay by Jürgen Kocka, one of the best experts on this age, impressively demonstrates.

Seth Holmes' Book „Fresh Fruit, Broken Bodies“ was recently published in a German translation by Jennifer Sophia Theodor by  Transcript Verlag. Within its program "Andruck" - a magazine for political literature - the German radio station Deutschlandfunk dedicated an elaborated portrait to him and his writing.

You can listen to it and read it here. (In German)

This project investigates social hierarchies, health, health care and the naturalization and normalization of difference and inequality in the context of US-Mexico im/migration and transnational agro-food systems. The research was conducted in collaboration with indigenous Mexican immigrant communities and families.

Nationalism and Democracy in the Welfare State

Recently, the book "Nationalism and Democracy in the Welfare State. Globalization and Welfare series" by Miika Tervonen, Saara Pellander and Pauli Kettunen is published by Edgar Elgar. This multidisciplinary book unpacks and outlines the contested roles of nationalism and democracy in the formation and transformation of welfare-state institutions and ideologies. Pauli Kettunen was the Guest of the Director during the 2018/19 Fellow year, and large parts of his work were produced during his time at re:work.

Even today approximately 40 million people live in «modern slavery». In his profund volume Andreas Eckert traces the dark history of an institution, that can be frequently be observed in different pecularities since the ancient world and in all parts of the world. At the same time he observes questions about the motifs of slavetraders and -holders, scopes for the enslaved and causes for the gradual transformation of slavery as an accepted evil to an outlawed abomination.

Roberts Book deals with Mademba Sèye - Mademba Sy, who with the aid of his French patrons, worked his way from a telegraphist up to the rank of an African king of the Sansanding states (in Bambara fama) on the shores of river Niger. In 1899, Fama Mademba, born in Saint-Louis, Senegal, was placed under house arrest in Kayes on charges of abuse of power, ritual murder, rape and extortion. Despite the seriousness of the accusation, he was exonerated and returned to his 'throne'. The Mademba case already reveals the negation of the principles of the rule of law in the face of the interests of the colonialism under construction.

Corona and Work Around the Globe (De Gruyter)

This book provides a global perspective on the transformations in the world of work caused by the COVID-19 pandemic. The collection of essays by former fellows of the research center from Africa, the Americas, Asia, and Europe will break down the general statistics and trends into glimpses of concrete experiences of workers during pandemic, of workplaces transformed or destroyed, of workers protesting against political measures, of professions particularly exposed to the coronavirus, and also of the changing nature of some professions.

The Berlin Center for Global Engagement (BCGE), an initiative of the Berlin University Alliance, funded a substantial part of the production costs. Without the support of BCGE, this project would not have succeeded!

The book presentation with the following panel took place on March 25th, 2021 via Zoom:

Williams, James, and Felicitas Hentschke, eds. To Be at Home. House, Work, and Self in the Modern World. Boston, MA: De Gruyter Oldenbourg, 2018.

Please find a selection of publications by our fellows here.

Former re:work fellow Dmitri van den Bersselaar (University of Leipzig) and former Guest of the Director Michel R. Doortmont (University of Groningen) have been awarded the 2019 ASA Service Award by the American African Studies Association (ASA). They receive the award together with their colleagues Jan Jansen (Leiden University) and John Hanson (Indiana University) for their "outstanding dedication to the ASA’s mission of encouraging the production and dissemination of knowledge about Africa, past and present.”